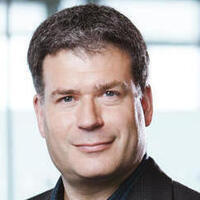 What Are Jews For? The History of the Idea of Jewish Chosenness | Interdisciplinary Programs

What Are Jews For?
The History of the Idea of Jewish Chosenness
The biblical ‘election of Israel’ – the setting apart of the Jews by God, as recipients of divine protection, and bearers of special holiness – has been the focus of fascination and repeated reappraisal by both Jews and non-Jews throughout the modern era. This theological concept lies at the heart of a broader question: what is the particular purpose of Jews in the world?

In this lecture Professor Sutcliffe will trace the history of the ‘Jewish Purpose Question’ from its biblical and medieval roots, through key early modern thinkers such as Spinoza and Moses Mendelssohn, and up to the twenty-first century.