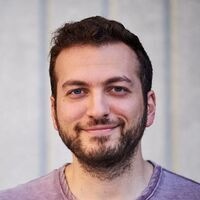 Many real-world analytics problems involve two significant challenges: prediction and optimization. Due to the typically complex nature of each challenge, the standard paradigm is predict-thenoptimize. By and large, machine learning tools are intended to minimize prediction error and do not account for how the predictions will be used in the downstream optimization problem. In contrast, we propose a new and very general framework, called Smart "Predict, then Optimize" (SPO), which directly leverages the optimization problem structure, i.e., its objective and constraints, for designing better prediction models. A key component of our framework is the SPO loss function which measures the decision error induced by a prediction. Training a prediction model with respect to the SPO loss is computationally challenging, and thus we derive, using duality theory, a convex surrogate loss function which we call the SPO+ loss. Most importantly, we prove that the SPO+ loss is statistically consistent with respect to the SPO loss under mild conditions. Our SPO+ loss function can tractably handle any polyhedral, convex, or even mixed-integer optimization problem with a linear objective. Numerical experiments on shortest path and portfolio optimization problems show that the SPO framework can lead to significant improvement under the predict-then-optimize paradigm, in particular when the prediction model being trained is misspecified. This is joint work with Paul Grigas.

Adam Elmachtoub is an Assistant Professor of Industrial Engineering and Operations Research at Columbia University, where he is also a member of the Data Science Institute. In 2014-2015, he spent one year at the IBM T.J. Watson Research Center working in the area of Smarter Commerce. He previously received his B.S. degree from Cornell ORIE in 2009, and his Ph.D. from MIT ORC in 2014. In 2016, he received an IBM Faculty Award and was named Forbes 30 under 30 in science.