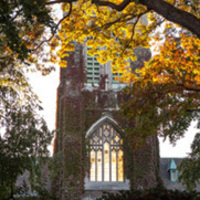 The Lehigh Outing Club presents the first screening in a series of outdoors-oriented films: Valley Uprising.
Valley Uprising Trailer
"In the shady campgrounds of Yosemite valley, climbers carved out a counterculture lifestyle of dumpster-diving and wild parties that clashed with the conservative values of the National Park Service. And up on the walls, generation after generation has pushed the limits of climbing, vying amongst each other for supremacy on Yosemite's cliffs. 'Valley Uprising' is the riveting, unforgettable tale of this bold rock climbing tradition in Yosemite National Park: half a century of struggle against the laws of gravity -- and the laws of the land."
—Sender Films

Additional Information can be found at: lehigh.campuslabs.com/engage/event/7330406