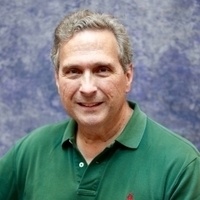 The parametric self-dual simplex method (PSD) dates back to George Dantzig’s classic book published in 1963. Other variants of the simplex method have dominated the world of optimization over the years but the PSD variant has lots of attractive features both from an educational perspective and in the world of applications. In the talk I will define the method, discuss how it helps one understand more deeply duality theory and algorithm complexity and I will discuss some application areas including portfolio selection problems and LAD-Lasso problems that arise in modern machine learning problems.

Robert Vanderbei is a Professor in the Department of Operations Research and Financial Engineering at Princeton University. From 2005 to 2012, he was chair of the department. In addition, he holds courtesy appointments in the Departments of Mathematics, Astrophysics, Computer Science, and Mechanical and Aerospace Engineering. He is also a member of the Program in Applied and Computational Mathematics, is a founding member of the Bendheim Center for Finance, and a former Director of the Engineering and Management Systems Program.

Beyond Princeton, he is a Fellow of the American Mathematical Society (AMS), the Society for Applied and Industrial Mathematics (SIAM) and the Institute for Operations Research and the Management Sciences (INFORMS). Within INFORMS, he has served as President of the Optimization Society and the Computing Society and is the 2017 winner of the Khachiyan Prize for his work in optimization. He also serves on the Advisory Board for the journal Mathematical Programming Computation.

He has degrees in Chemistry (BS), Operations Research and Statistics (MS), and Applied Mathematics (MS, PhD). After receiving his PhD from Cornell (1981), he was an NSF postdoc at the Courant Institute for Mathematical Sciences (NYU) for one year, then a lecturer in the Mathematics Department at the University of Illinois-Urbana/Champaign for two years before joining Bell Labs in 1984. At Bell Labs he made fundamental contributions to the field of optimization and holds three patents for his inventions. In 1990, he left Bell Labs to join Princeton University where he has been since.