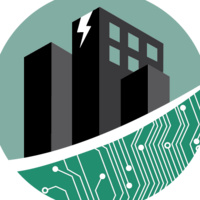 Distinguished Professor and Chair of Electrical and Computer Engineering

Narayan B. Mandayam is a Distinguished Professor and Chair of Electrical and Computer Engineering at Rutgers University, where he also serves as Associate Director of the Wireless Information Network Laboratory (WINLAB). Using constructs from game theory, communications and networking, his work has focused on system modeling, information processing as well as resource management for enabling cognitive wireless technologies to support various applications. His recent work has focused on the use of prospect theory in understanding the psychophysics of pricing for wireless data networks as well as the smart grid.  His recent interests also include enabling privacy in IoT, building resilience in smart city infrastructures as well as modeling and analysis of trustworthy knowledge creation on the internet. Dr. Mandayam is a co-recipient of the 2015 IEEE Communications Society Advances in Communications Award (given to the most impactful paper in the preceding 15 calendar years) for his work on power control and pricing, the 2014 IEEE Donald G. Fink Award for his IEEE Proceedings paper titled “Frontiers of Wireless and Mobile Communications” and the 2009 Fred W. Ellersick Prize from the IEEE Communications Society for his work on dynamic spectrum access models and spectrum policy. He is also a recipient of the Peter D. Cherasia Faculty Scholar Award from Rutgers University (2010), the National Science Foundation CAREER Award (1998), the Institute Silver Medal from the Indian Institute of Technology (1989) and its Distinguished Alumnus Award (2018). He is a Fellow and Distinguished Lecturer of the IEEE.