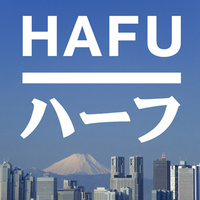 HAFU (2013/Megumi Nishikura/85 min.)With an ever increasing movement of people between places in this transnational age, there is a mounting number of mixedrace people in Japan, some visible others not. “Hafu” is the unfolding journey of discovery into the intricacies of mixedrace Japanese and their multicultural experience in modern day Japan. The film follows the lives of five “hafus”–the Japanese term for people who are half-Japanese–as they explore what it means to be multiracial and multicultural in a nation that once proudly proclaimed itself as the mono-ethnic nation. For some of these hafus Japan is the only home they know, for some living in Japan is an entirely new experience, and others are caught somewhere between two different worlds. [Synopsis © Hafu Film] Free & Open only to Lehigh students/faculty/staff