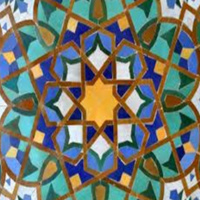 From Culture Wars to a World War: The Allied Occupation of Iran and its Aftermath, 1941-1946

From Culture Wars to a World War: The Allied Occupation of Iran and its Aftermath, 1941-1946

In 1941, Iran watched its neutrality violated as Allied forces launched an amphibious attack on its borders. The offensive proved the most efficient way of opening and controlling supply lines to the Soviet Union. While Iran remained a hub of espionage during the war, the impact of the occupation had a serious impact on the daily lives of Iranians, who grappled with food shortages, imposing foreign soldiers in their communities, and a typhus epidemic. This analysis draws on a range of archival, visual, and print sources to document the multi-faceted dimensions of these crucial years for Iran. This essay rethinks the history of the occupation by paying attention to domestic responses and by addressing the role of Iran as a relatively small, but vital, player in the international conflict.