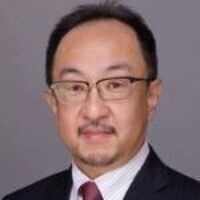 *Lecture will be in person and live streamed.

“Increasing the Resilience of Highway Bridges Under Multiple Hazards Including Earthquake, Tsunami, Corrosion and Climate Change”

Mitsuyoshi Akiyama, before joining Waseda University in 2011 as Professor of Civil Engineering, Dr. Akiyama was Assistant and Associate Professor at Tohoku University. In 2001, he received a doctorate in Civil Engineering from Tohoku University. He is now the Chair of the Department of Civil and Environmental Engineering at Waseda University. He was a Visiting Research Associate at Lehigh University from October 2008 to September 2009 (sponsored by Kajima Foundation), and from August 2018 to September 2019 (sponsored by JSPS) in the research group of Prof. Frangopol.  Dr. Akiyama’s main research interests are earthquake engineering, life-cycle structural performance, and reliability of civil infrastructure systems. He is the recipient of several awards including the 2001 JCI Award for Engineering Development, the 2007 JSCE Encouragement Award for Outstanding Thesis, the 2008 Commendation for Science and Technology, the 1998, 2008, and 2010 JSCE Yoshida Award, and the 2016 IABMAS Junior Award. He is serving as a Managing Editor for Structure and Infrastructure Engineering and an Associate Editor for ASCE Journal of Bridge Engineering.

Abstract:    Increasing the Resilience of Highway Bridges Under Multiple Hazards Including Earthquake, Tsunami, Corrosion and Climate Change.  After recent large earthquakes, such as the 2011 Great East Japan earthquake and 2016 Kumamoto earthquake, field investigations confirmed that several bridges were severely damaged and collapsed not only due to the earthquake, but also to the subsequent tsunami, landslide or fault displacement. In addition, long-term material deterioration might have an important impact on structural damage to bridges. Therefore, it is important to study multiple hazards and their effects on the reliability, risk and resilience of bridges and bridge networks. Although earthquake is still a dominant hazard to bridges in many earthquake-prone countries, a life-cycle reliability and risk approach has to consider all hazards causing bridge failure during the structure’s lifetime including climate change effect. Such an approach is presented in this lecture. In addition, issues on how to ensure the reliability, reduce the risk and enhance the resilience of bridges and bridge networks under multiple hazards are discussed. Finally, the concepts and methods presented are illustrated on both individual bridges and bridge networks.