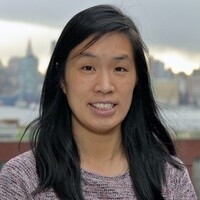 Solution-based processing of optoelectronic active layers promises to drive down the manufacturing costs of emerging technologies, such as light-weight, large-area solar panels. While significant effort has focused on the molecular tuning of soluble semiconductors to improve optical and electronic properties, their performance ultimately depends on the extent and manner of crystallization as solvent rapidly evaporates during film deposition. Because organic semiconductors exhibit charge transport anisotropy along different crystallographic directions, controlling the orientation of these crystals is a key parameter in device optimization. Recently, our group has developed a strategy to use nanoporous scaffolds to orient crystals during the earliest stages of nucleation and growth. Through judicious design of scaffold geometry with respect to crystal growth habits, we can control crystal orientations in up to two dimensions, as well as form unusually-shaped crystals through selective confinement. We are also exploring solvent-free deposition methods of crystallization that induce crystal twisting. Such twisted organic semiconductor crystals exhibit modulated out-of-plane orientations, resulting in regular oscillations in conductivity and fluorescence, as well as unique interactions with circularly polarized light.