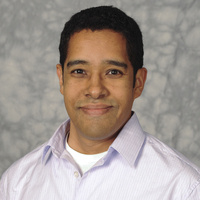 Ion gels are an emerging class of soft materials based on polymers swollen with ionic liquids. These materials bear many similarities to hydrogels, but additionally offer low volatility, ionic conductivity, and thermal stability. We developed stimuli-responsive ion gels based on self-assembled triblock copolymers in ionic liquids that can be used for direct-write 3D printing. Our approach relied on shear-thinning ion gels that were extruded to afford self-supporting gel constructs. After a brief UV cure, the printed objects were transformed into mechanically tough, transparent structures that were ionically conductive. Upon stretching or twisting these materials, the 3D printed objects exhibited detectable changes in their conductivity. Ion gels were further developed to create 3D printed objects that respond to mechanical activation, wherein the objects changed shape or color in response to an applied force. Ion gels represent a versatile platform for stimuli-responsive objects, and their synthesis, characterization, patterning, and applicability will be discussed.